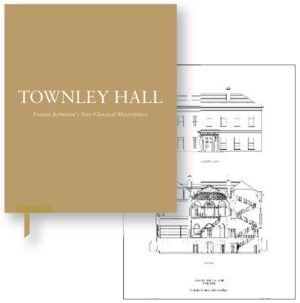 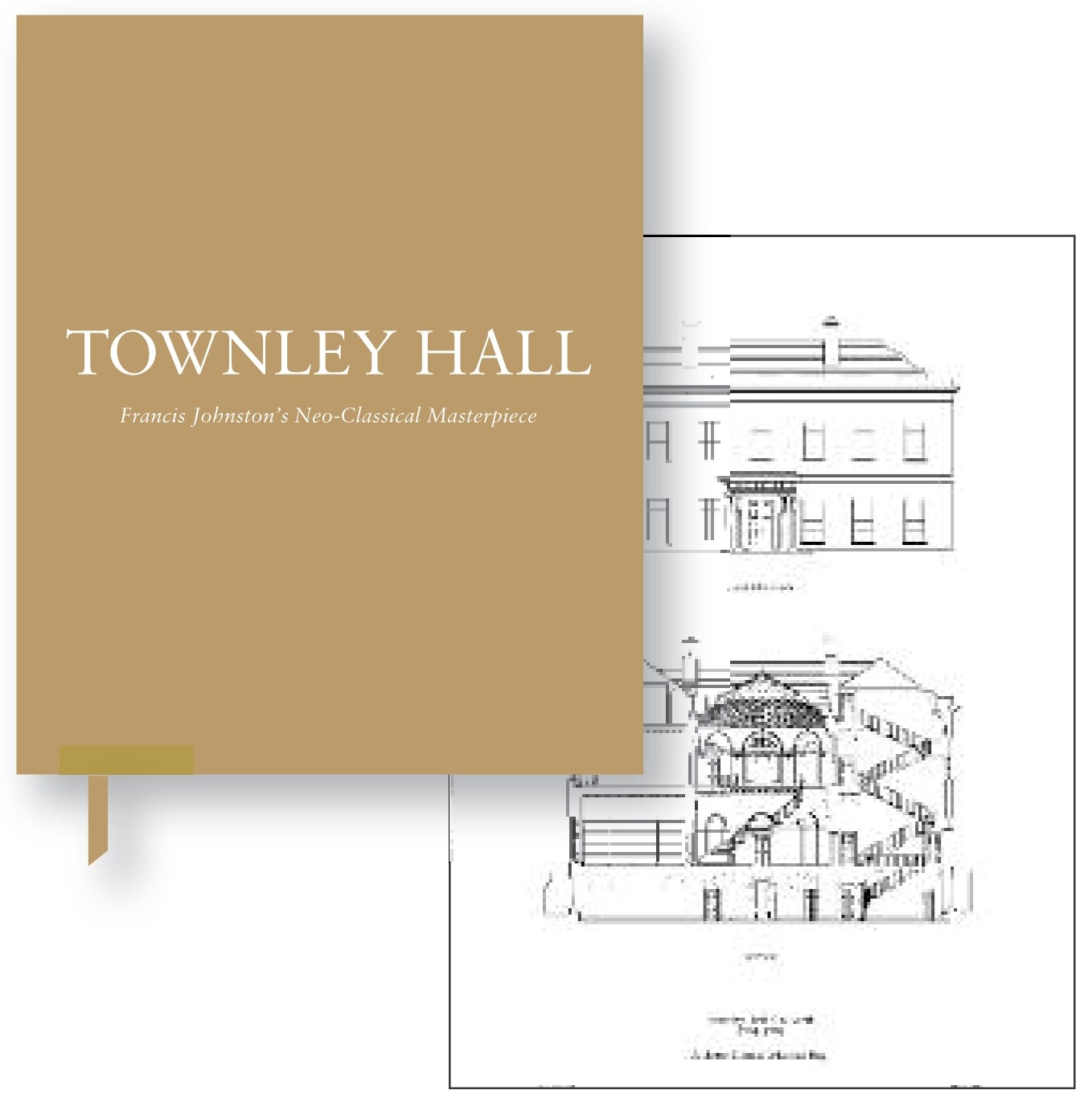 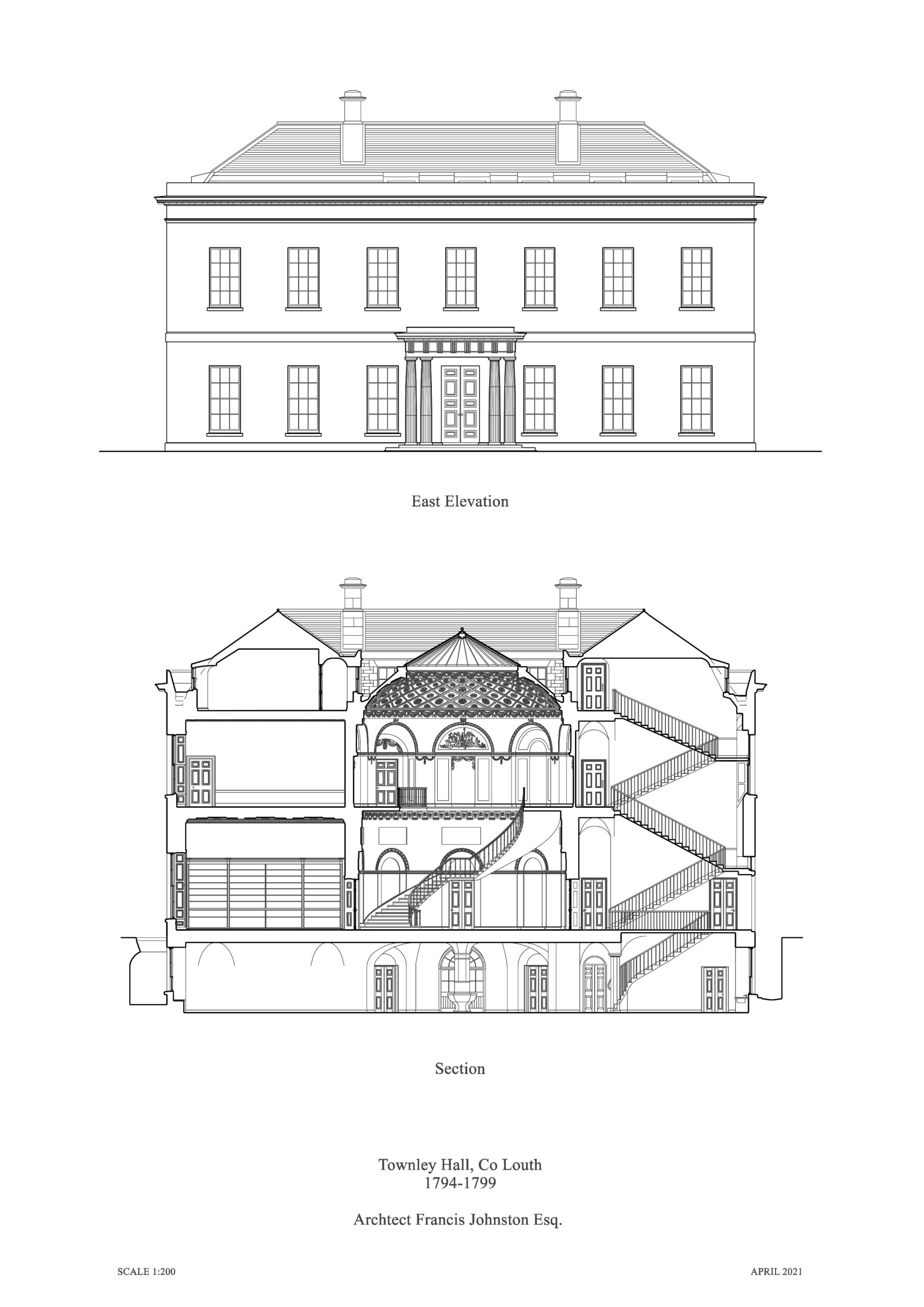 The LIMITED EDITION of the Townley Hall book will be a special elegantly coloured clothbound hardback edition with matching endpapers and marker ribbon. The pre-title page further identifies the book as a limited edition and is numbered. It will have a dust jacket. The limited edition book is accompanied by a large-format LIMITED EDITION PRINT featuring a specially commissioned drawing of Townley Hall by MVK Architects.

Townley Hall was built for Blaney Townley Balfour in 1798. In his three-part illustrated essay, Robert O’Byrne recounts the family’s history in the area from the early 17th century onwards. He tells the story of how the house was passed down through many generations of the Balfour family, before being purchased by Trinity College Dublin in 1956, and subsequently by the School of Philosophy & Economic Science in the 1980s. Michael Telford continues the story to the present day.

Francis Johnston (1760-1829) was from Co Armagh and is recognised – along with James Gandon and Edward Lovett Pearce – as one of the leading architects of his time. His principal buildings in Dublin include the General Post Office (GPO), St George’s Church in Hardwicke Place, and the Chapel Royal in Dublin Castle. He also designed many fine houses, but Townley Hall is recognised as one of his masterpieces – its outstanding feature being the central rotunda and its magnificent cantilevered spiral staircase. In a series of feature articles on Townley Hall in 1948, Country Life magazine declared that “There is nothing lovelier in the Georgian architecture of these islands than the rotunda and staircase at Townley Hall.”